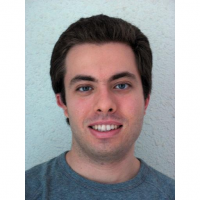 In a little more detail...

Ph.D. in Theoretical Comp Sci from the Technion, in the field of Property Testing. After a stint at Huawei Research (Toga Networks), I'm now working on the implication of GPUs (and perhaps other computing hardware) for DBMS architectures.

I'm always busy with a zillion things, so - please be patient with me, I'll get to your bug as soon as I can spare the time.

I'm not quite starving these days (as opposed to when I was a grad student), and I'm a believer in "donation forwarding", so much of the donation money will be pooled and passed onwards to worthy causes I believe in, be it other Free-and-Open-Software initiatives, refugee relief (or legal defense), support for political prisons, independent media, etc. Do consider donating if you find my extensions useful.

Search and remove messages which are the same as other messages in your mail folders (referred to as duplicates or dupes).

Glad someone was kind enough to think of the users rather than get rid of functionality willy-nilly.

The extension does what it says, except that the menu item is called "Text Encoding New"; I'd drop the New.

This extension has been effectively abandoned by its author for almost 2 years, without significant updates. It is also not free software, so the code cannot be used elsewhere.

For this reason I have fully rewritten a dupe removal extension of my own, which is actually free software:

It has seen more active development, has a richer feature set (which proerly includes the features of this extension) and for which issues can be opened on Mozdev's bugzilla and addressed within a reasonable amount of time.

The extension works as claimed. However, it is basically a Greasemonkey script, coupled with a copy of some of the GM code to make it work independently. I do not see a reason why this kind of a GM script should become its own extension. Author is free to do as he pleases but I do not believe this should be supported by making this extension public.

- Regular expression used to detect Hebrew should be more tersely and clearly constructed.

- A single letter should probably not suffice to RTL an entire paragraph or line; try an entire word, or at least a sequence of characters

- Poor coding style in various places, such as defining a function named '$', adding to the regexp prototype a method named 'loc', testing for 7 regexps instead of testing for their '|'ification, etc.

- If one uses an independent extension rather than a Greasemonkey script, why keep the images used as "data:/..." strings rather than as chrome files (or a single file)?

- Use of spaces and tab characters inconsistently