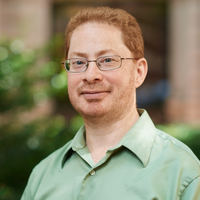 A modified Dorando's addon to rebind keyboard shortcuts. It is designed to be a drop-in replacement, keeping your old settings. (See details for upgrade instructions.)

Folder view arrows; switch to "All Folders" view when hovering during drag & drop; allow user to select which views are enabled or tied to the view arrows.

Make the “Received” column in IMAP folders show when messages were actually received.

This is a great add-on, but unfortunately it's incompatible with the current versions of Thunderbird and SeaMonkey and its maintainer has disappeared: the web site is down and his email address bounces.

I've taken over maintenance of the add-on and created a new version which is compatible with current Thunderbird and SeaMonkey:

Unfortunately there are API changes in Firefox and Thunderbird 57 which break this add-on. I attempted to email a patch to the maintainer of the add-on, but my email bounced, so the add-on may be unsupported (and therefore permanently broken) at this point.

Buttons don't do anything when clicked in current Thunderbird version. Numerous errors in error console from the add-on on startup and when creating or editing buttons.

The emojis being inserted in the new version are bigger and more attractive and therefore superior.

However, they appear to be inserted in a weird way which causes the editor, at least on Linux (Thunderbird 52.1.1) to behave very oddly.

1. Insert an emoji at the beginning of the message body.

2. Note that your text cursor disappears. Usually when this happens when you insert an image, you can make it come back by unfocusing the window and focusing again, but that doesn't work here. So, the disappearing cursor is a problem.

3. Try to move your cursor before the emoji you just typed so that you can add text before it. It's impossible.

4. Backspace to erase the emoji, then type ctrl-z to bring it back. You can't -- undo doesn't work.

I'm sure that all this is at least as much the fault of the editor as it is of the add-on, but it's still all a problem.