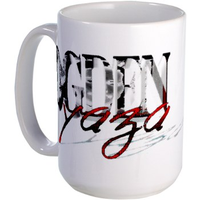 This is a GREAT extension... But with Major issues. Firefox set to maximized in GNOME is far from maximized. A HUGE titlebar Dominates the top and Wastes an excessive amount of space without this extension. The problem, Well, other than this being an issue to begin with, is that the development of this Great extension has been discontinued and the new changes in Firefox make it harder to use as of Now, however, it will stop working all together relatively soon. This is such a negative for me that it will force me to change either to a different browser or perhaps to a different Desktop Environment. It sure would be nice if this could be fixed somehow without making such a change.

Simple. Tabs are easy to read and the active tab is different enough to know it's active without being distracting. Blends well with my usual system color schemes. It has been my default Firefox theme for quite a while now. Five Stars.