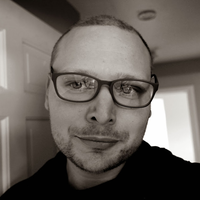 Benjamin Sullivan is a journalist, artist, and technology advocate with extensive expertise in computer science. Mr. Sullivan was born near Atlantic City, New Jersey in November of 1982.

Passionate about his work, Benjamin entered the technology arena purely on the merits of his own independent prior accomplishments and rapidly moved forward into new and progressively more challenging and demanding posts.

As an expert in computer science, Benjamin has proudly excelled in positions at technology giants like Microsoft and AT&T. While working at Eide Bailly (currently a top 10 CPA firm), Benjamin helped contribute to the success of the (then) newly established technology division.

Mr. Sullivan has contributed to procedural solutions and documentation at Microsoft and AT&T and helped write the TAC Procedural Handbook for USDOL in 2010.

As a composer pianist, Sullivan has a rich musical study heritage that leads directly back to Chopin, Liszt, Beethoven and Haydn.

Benjamin further enjoys photography which he often combines with both his music and journalism.

Mr. Sullivan contributes his journalism to a number of web-sites and excels in writing on science, technology and the arts.