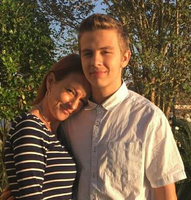 I am happy to see that the First Part of the Word is utilized, But after scrolling through some of Firefox's themes where to a FALSE GOD ITS WHOREDOM TO ALMIGHTY. I Don't believe in Mans silly ways of Religion. They are all serving the false gods. which is really demonic. There is no grey area. You either serve the Creator or the Creation. My GOD is a Jealous GOD. Yeshua's name and Who is was -was right there in Gen 1:1...Silly People who love to listen to lies. Deep inside they are empty. Without the Spirit of God You cant Possible Please Him for You Cant Know Him without Knowing His Love Story Written in Blood as Chuch Missler Says..Whether you like it or not doesn't matter. It still what it is, Truth is Relative. Islam is not even a religion, its an ideology that comes from a man who liked kids. In there book they call for the infiltration, then deception they are called to do from their god. for allah says that you must deceive for he is tbe greatest deceiver...Don't believe me go look it up. God said His Spirit ( the restrainer of evil against His Treasured ones) Then Once The number of Gentiles are allowed into His Court, then Like Christ Said, in His parables and Other Places. That It wont always be tis way and He will come for His Bride and Wedding Guest, and Go Back to Fathers House where eveyone lives. Not like todays Real AntiEverything True and Good. polotical and propaganda(since 40's
Gen 1:14 when translated from Hebrew it doesn't say the stars moon are for sesons...Thats the wrong word. the Word is correctly interpreted (and lived out) as Appointed times. Just like so many little words you would never guess. Turn and Repent while the door is still open, let theBlood of the Lamb Cover Your Sins Turn to the Father and Give Him The Glory He needs. Visualize when You pray Your in the Thrown Room for that Is Where He Dwells with My Bridegroom at His Right Hand. Sing Melody To Him
Visit there..Its Explained clearly in Isaiah 6 For Us to know. I pray You Repent and Let the Only Lasting Joy That is Ever Going to be Satisfied Away from His Truth. No one can Deny Hiw Specific Thr Word Is Today. Nobody peaks it but a select remnant.
Say Bessed is He who Comes In name of Adonai!