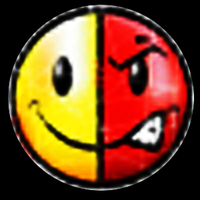 What a wonderful color scheme! I can only have admiration for a designer of such work. The distinctive orange hues that you choose for this design not only compliment one another beautifully but also blend seamlessly into one other. Your design is functional too in that the colors and butterflies do not impede my view of bookmarks and toolbar and icons, etc. Many a beautiful design will fascinate the eye but frustrate the mind when useability is forgotten. You do not have this problem as you have both of these elements in harmony. I should I hope that you are proud of this project, because I know if I had designed it I would be. Good luck!

This is by far one of the best themes I have used in Firefox over the last five years, and I cycle themes every two months or so. This Silvermel theme is no less than magnificent. Moreover, it is very comprehensive, in that every possible area of Firefox is tweaked by the theme, and the tweaking looks great! Kudos to the author on his superb design work and imagination. Maybe I will even keep this theme more than two months as I like it that much right now.

If I may add a side note: I noticed the author was asking for a contribution, and this seems to be more common with extensions and themes. No doubt that in this case especially the author put extensive time and effort into this project. Though I haven't made a donation before for anything related to Firefox, I might consider doing so if the theme or extension offered significant value to me in some manner. However, with that said, I think the author is asking slightly too much money at price point of $4.99 for just one theme, as good as it is.

I do not know what the author's numbers are for people actually making contributions at the $4.99 amount, but I think he or she would fair much better asking for a smaller amount, perhaps as low as $1.99, which I think is a more reasonable amount for a theme that I like and that I will use for a few months, but then I will likely change it because I want something fresh. I think the author would make up any loss in money by the increase in people willing to make a donation at a smaller amount, such as myself. Perhaps, there are others who like me have never been asked to pay for a theme and then one day the price is almost five dollars for said theme; clearly, though it's optional to make the donation.

I took the time to write this because I wanted to offer hopefully helpful feedback from someone who might have made a donation if a little less money had been asked. I will say also that I wouldn't mind if I was off the mark on this and plenty of people are willing to pay the five dollar amount. More power to you then. Some of us are just one tighter budgets, I guess.