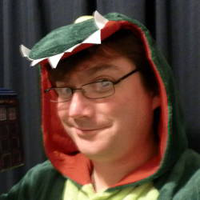 As a Pale Moon and Seamonkey user, I have to subsist on the scraps and crumbs from the Firefox table.

I'm *very* impressed by how well Cardbook works. This is a way better addressbooks system than the unmaintained legacy addressbooks Thunderbird has now.

The earlier reviews claiming it doesn't work are wrong or outdated, possibly referring to a bug in an earlier version (21.5?). I'm using 21.8 and it works great.

I was using Sogo Connector, but it was slow and buggy, and is barely maintained (if at all). For example, Sogo Connector would only sync the first two email addresses for a contact. Cardbook has no such limitations.

Cardbook should be bundled with Thunderbird by default (like Lightning), it's great and works perfectly with my Nextcloud setup.

This extension has been excellent for me, restoring functionality that was removed from Thunderbird not long after it was forked from the Mozilla Suite.

Although it is still supported by other clients such as Fossamail, it no longer works in more up-to-date clients like Thunder bird.

Please update this awesome extension! I can't switch to TB from Fossamail until it's updated!

I created an account specifically to rate this app and to tell the dev how awesome he is. The lack of this addon has been a major gap in Seamonkey's usability until now.

Thankyou dev! Although this addon is quite basic and lacks indents for child tabs, it's still a wonderfully useful extension and might be the catalyst to make me switch back to SM from Pale Moon.

I really hope the dev continues to maintain this extension and adds features like indents for children and... that's about it! It's no Tree Style Tab, but it's a very welcome addition to the Seamonkey ecosystem.