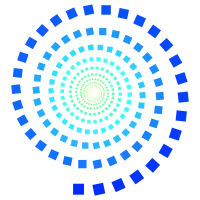 Yet Another Remove It Permanently

This user has a previous review of this add-on.

It is not so great for bigger documents, as in-document-references are not supported. It autogenerates the ids for the headings ‒ #foo becomes <h1 id="foo">foo</h1> ‒ but it wont generate the href attribute on links ‒ [go to foo](#foo) becomes <a>go to foo</a>. Worse, using raw html links will also not work. From <a href="#foo">foo</a> it removes the href attribute! A workaround to prevent scroll scroll is the HeadingsMap Addon.

Other Issues:
It adds an unnecessary outermost div.container.
The css adds margins on left and right side. This can be fixed by editing the css in the xpi of this extension in the firefox profiles folder).
The title of the tab shows the contents of more than the first line of the md file (eg. '<title>======= loremipsum').

This review is for a previous version of the add-on (1.8.1-signed).

Yet Another Remove It Permanently

The Idea is that of RIP or AdBlock + Element Hiding Helper: Remove elements fom the page (But YaRIP is simpler to use).

Select elements to remove (or to whitelist) and the addon autogenerates XPaths, which then can be edited by hand (often not necessary). A basic knowledge of XPath, eg the XPath Syntax tutorial at w3schools, is enough. YaRIP also supports regular expressions.

It is also possible to change incoming and outgoing headers, block ressources from being loaded, redirect pages, tweak the page stream before it is loaded, inject CSS and Javascript, and more.

Page rules can be extended, so that generic rules do not have to be defined more than once.

(Preview Image on this site broken)

The quick switch part of the button (the dropdown) works, but the button has no icon and the addon does not detect existing tab groubs.