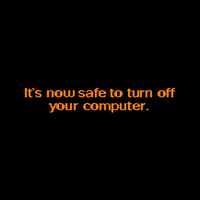 Beautiful. Absolutely beautiful. I used the original IE Tab+ back in 2008, and it was good, but not this good. If I can remember correctly, that version did weird things when it came to saving your history properly (either not at all, or it saved a weird jumbled link). After using Google Chrome for a few years (their IE tab extension was sub par to say the least, and Chrome seemed to render most of my pages just fine), I recently switched back to using Firefox, and when I heard that IE Tab had fallen into disrepair, I was a little upset and skeptical that this extension had modernized with Firefox and IE, especially since it's been a year since it was last updated. However, I was taken completely by surprise. It still works, and it's great. It integrates history properly, and it loads the pages with Internet Explorer directly in Firefox, just as if I'm browsing the web normally.

I use Outlook.com and OneDrive frequently, and those sites just feel clunky on Firefox's native Gecko engine.
Frankly, over the years I feel Firefox is sort of lagging behind Google Chrome and Internet Explorer in its rendering technology. This extension lets me browse those sites with the same reliability I get on IE. I wish Firefox stepped up Gecko to match Blink and Trident when it comes to speed and website load times, but this will do for now, and it's great so far on Firefox 34.

I only have two complaints:
1) I wish the extension used the native Favicon for the website instead of replacing it with an IE logo. This is only a minor, purely aesthetic, complaint, and it does not affect functionality at all.
2) Firefox addons don't load in an IETab. It would be awesome to use addons like LastPass and AdBlock directly in an IETab, but that may just be a limitation of Firefox itself and not the addon.

This addon just opens like 20 tabs at once with separate Bing searches. It's definitely not ideal. It sort of does the job, but pretty much every online bot you can find does it better.

Edit:
This Google Chrome extension is the best bot I found:

It's code is very simple Javascript and CSS. Maybe you could incorporate some of its source? I was working on a rewrite myself, but I'm new to Firefox so I've run into some difficulties.